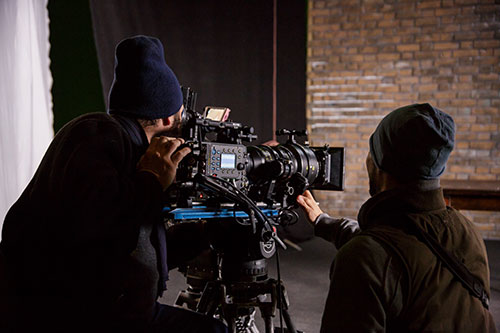 Survivors of the Holocaust talk to their grandchildren in a way nobody filmed it before. In the documentary TALK TO ME the audience follows these discussions between these generations of victims as well as of bystanders. At the same time historians and politicians reflect the difficulties of finding a common public narration of history about the Holocaust, even 75 years after WWII. Disturbing questions arise: Is history seeking for scientific truth or abused by policy?

In 1978 the permanent exhibition of Austria was established in the museum of Auschwitz-Birkenau. »Austria was the first victim of Nationalsocialism« was written on a 12 meters wide wall at it’s entrance.

But what is history, what is a narration? What is the truth, who lies, and what means memory to us? And what do survivors want to transmit in the last dialogue with their grandchildren?

In 2009 the Austrian government decided, that the exhibition in Auschwitz Birkenau should be renewed, followed by a political discussion that took several years and showed impressively how difficult it still is to find a common narration of contemporary history.

Taking the last chance to talk to survivors teenagers and twens seek for the responsibility their grandparents pass over to them. What will they make out of it?

Between Auschwitz Birkenau and Vienna’s Heldenplatz, from Hitler’s frenetically acclaimed Anschluss to Austria’s way into the European Union the film deconstructs the concepts of nationalism and fascism and finds surprising answers to present questions of mankind.